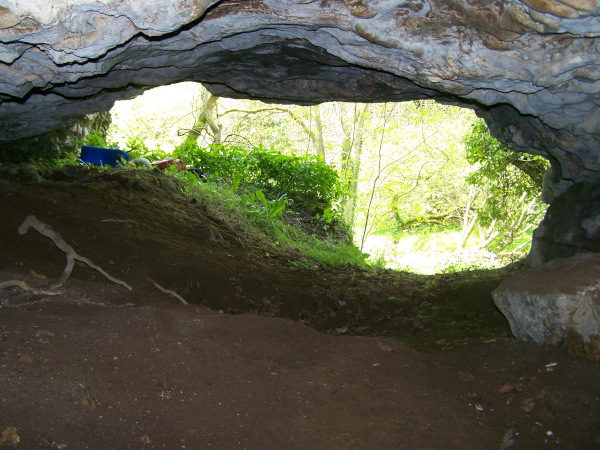 The catchment of the central River Wye, covering an area of almost 100 square kilometres, represents the largest area of limestone in the Peak District, but contains few caves of any significance.

The River Wye is the largest of the two permanent rivers on the limestone. The river crosses several lavas in its course across the central limestone area, and these are a major factor in the river's surface course throughout. The flow is increased by numerous springs on both banks, but to date all have proved to be impenetrable. The increase in volume between Buxton and Bakewell is more than can be accounted for by the known springs, and it is likely that a lot of water rises from undetected risings in the river bed. The largest input below Buxton, Wormhill Springs, is treated as a separate catchment area.

The tributary valleys are normally dry, but Monks Dale, Tideswell Dale, Cressbrook Dale and Deep Dale carry surface streams except in very dry conditions. These are generally fed by risings close to the valley floors which carry local perched groundwater. The area contains many dolines, although many have been filled in by farmers or modified by surface and underground mineral workings along the rakes. Few have been dug. There are no major allogenic sinks, but the lack of surface streams and the high rainfall suggest that extensive underground systems may exist. The catchment area boundary reflects the surface topography, and underground drainage does not necessarily coincide with this. Thus the only major sink at Wardlow Mires, which is a resurgence in flood, probably drains eastwards via the Watergrove Sough to Stoney Middleton in normal conditions.

The major rising at Lumb Hole, in Cressbrook Dale, was extended considerably during the 1990s, making it the longest known cave in the catchment. It is thought to drain the western end of Longstone Edge, and it is a dramatic rising during floods.

A further possibility exists in the large risings at the foot of Taddington Dale, although here it is less clear where a worthwhile dig could be started.

The complex geology and mineralisation of the area gives rise to a complex and little understood hydrology. The reader is referred to the cited references for detailed information.